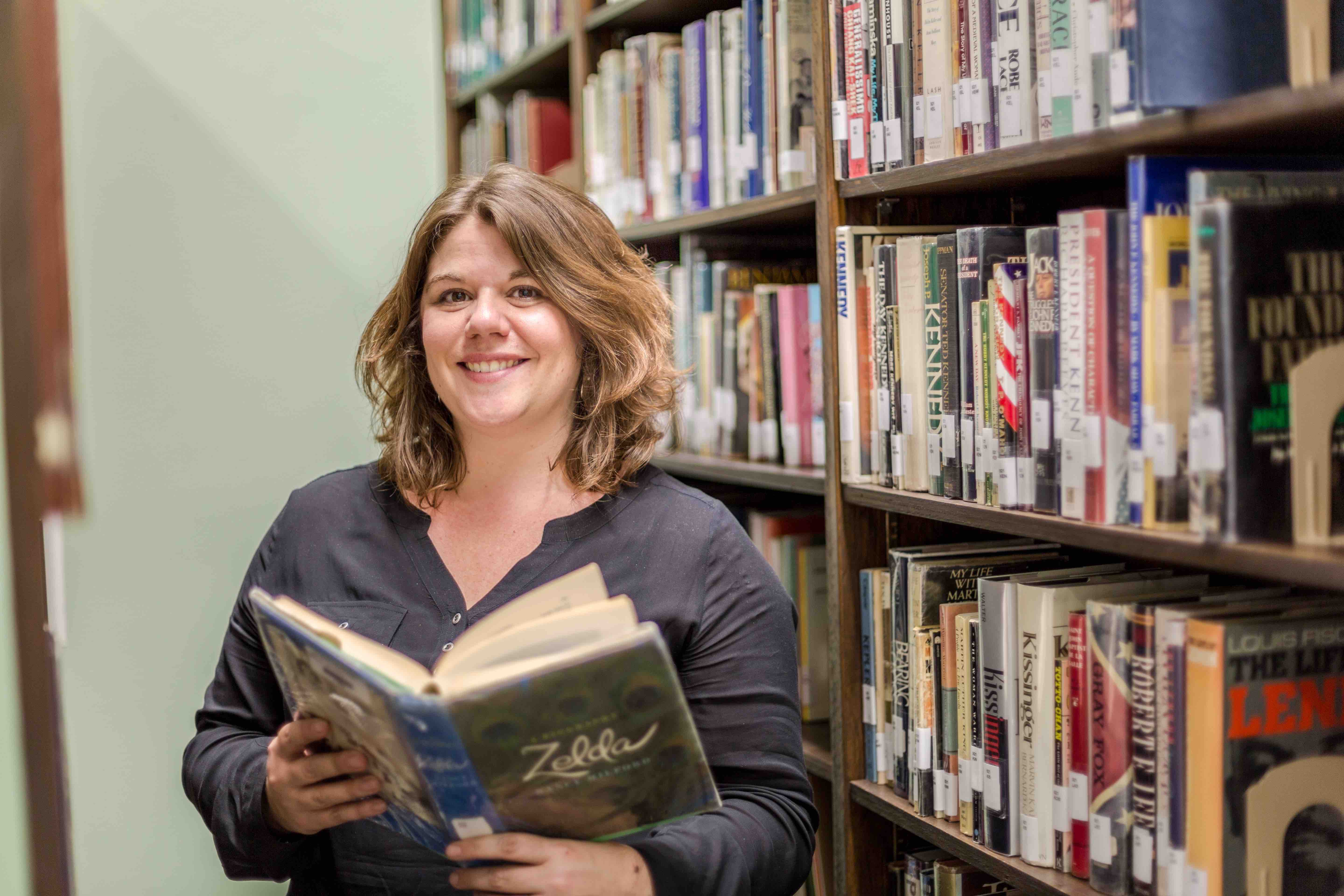 Here is what I think about in the shower, as I drive, while I’m folding laundry.

“How can I make sure students know that there are multiple professional trade journals for the candy manufacturing industry?” (I know of at least two, by the way— Candy Industry and The Manufacturing Confectioner.) What is wrong with me, you ask? Only that the more I teach research skills, the more research skills I am able to identify. They keep coming out of the woodwork. These are things that you and I just know, because we are research literate, source literate, media literate, digitally literate. I think about these things as I empty the dishwasher because I need to find out how we became literate in these areas so that I can help our girls do the same.

Why Is Source Literacy So Hard for Students?

If a literacy is a competency or body of knowledge that allows one to access, process and further his/her own learning in a certain area, then what I’m talking about is source literacy. A source literate person understands the many forms that information might take and what type of source is most likely to contain the information s/he seeks. In other words, a source literate person is aware of the likely existence of a candy manufacturer’s trade journal and also knows that it would be fruitless to look to that type of source for worthy information on, say, the Civil Rights Era. Usually one becomes source literate simply through experience. I only know about Candy Industry magazine because I have a friend (part artist, part inventor) who subscribes to all kinds of bizarre publications of this nature. I know about the Los Angeles Public Library’s archive of city directories because I follow LAPL on Twitter, which makes it only circumstance (and not literacy) that I’m aware this exists. But because I am source literate I know that these directories would be useful to me if I wanted to see what kinds of professions were commonly held by men in Los Angeles in the 1890s. It’s that winning combination of know-where (or at least imagine-where) and know-how that makes someone source literate.

Most of our students are source illiterate. This is not their fault. They haven’t had the exposure we’ve had to quirky friend’s reading habits. They haven’t wondered whether anyone might have discovered, collected and published first-person narratives of the Dust Bowl. They probably haven’t heard of the Library of Congress or the Smithsonian, and they are bombarded with content from The Guardian, The Huffington Post, and Buzzfeed. This means that they make classic mistakes when they are looking for, and looking at, information.

For example, Frances (the imaginary junior from my previous post) is researching her topic (American materialism/consumerism and social media celebrity culture). She does some Googling and finds three articles about consumerism. One is published by Mother Jones magazine, one is published by The Huffington Post and one is published on the University of California Press Blog. Frances does not know how these publications differ in purpose, point of view or even credibility. Without thinking about why The Huffington Post exists, she assumes, because it is ubiquitous, that it is an overall good source. She is confused by the anti-consumerism tone of the Mother Jones article and decides it is some kind of opinion piece and so discounts it. She doesn’t realize that the post on the UC Press Blog was just a plug for a spoof video that was getting a lot of traction on the Internet, and she latches onto a kernal of knowledge that was meant to be ironic but she doesn’t know that. Students like Frances have been known to cite sources from The Onion, which, while amusing, isn’t really all that productive.

Here’s where Frances is going wrong:

This is the definition of source illiteracy. Our job is to help Frances to become source literate, but if source literacy is usually gained through experience, how do we then create experiences that will result in source literacy? How do we identify where teachers are asking Frances to “find out about” something and tweak that assignment to give her source experience? To do this, we have to engineer Frances’s time here at FSHA to do three things:

Sound simple? It’s really not. Let’s just say Frances is asked to complete a presentation for her World History class about the Syrian refugees. So she Googles “Syrian refugees.” The first page of results includes links to content produced by World Vision, The New Yorker, The Atlantic, The New York Times, CNN, Wikipedia, Al-Jazeera, CNSNews and more.

No, she does not. What Frances needs is for someone to slow things down a minute and teach her how to ask and answer the questions above. She needs direct instruction on what The New Yorker is, who is its audience, who writes for it, what kind of writing is included. Then she needs to file that knowledge away for the next time and do the same for each of the other sources that Google shoves in her face.

And here is the thing. The scenario above presumes that Frances will only ever Google for her research, which is decidedly not the case. While a topic as current as the Syrian refugee crisis would probably require it, her research on Dickensian England or American consumerism or solar power or the Supreme Court will demand that she also be literate in terms of print sources, reference material, databases, academic journals, maps and atlases, photo collections, trade journals, large-scale polling data, government documents, national archives, oral histories, religious tracts, literary criticism, editorials, satirical journalism, political cartoons, social media campaigns, court documents, speeches, personal letters, historical diaries … I could go on and on and on.

Frances is officially freaking out.

How We Practice Source Literacy at FSHA

So here’s what we do. We give Frances as much practice as possible. We start freshman year and we design a project in her health class. Every month she is asked to read an article from a health-related publication. She reads about a study in that field, then writes a short piece in response to a prompt given by her teacher. So, at the end of the first semester she has been exposed to five or six credible health publications. In the second semester she is asked to locate her own articles, so she begins to practice asking herself questions about the purpose and nature of the publications she finds. In English we show Frances how to find historical information about the authors and books she’s reading, so we expose her to our print sources and our reference databases. In religious studies she will … you get the picture. We plug away at it, and we look for places where we can explain here is what this is and here is why it exists and these are its parts and here is where you can find it.

If you are a parent of a child of any age, think about this: you can help your son or daughter become source literate just by increasing his/her exposure to the items I listed above. Show her an almanac! Tell her what it is and who might use it. Tell her how you find information when you need it. Take her to the Central Library in downtown Los Angeles and go way up to the fiction department and peruse the periodicals that are straight ahead when you walk into the room. Take her to the Huntington Library and just look at the pieces on display. Use some online genealogy tools to look up family members and talk about where the birth certificates are recorded, or what a census document can tell her about her great-grandmother. Tell her where you get your news and why, and tell her where other people that you don’t agree with get their news and why. These simple things will help her become source literate sooner, and that competency will work to make her more curious, more confident and more successful in her scholarly pursuits. I promise.

5 thoughts on “How To Develop Strong Source Literacy: Practice!”