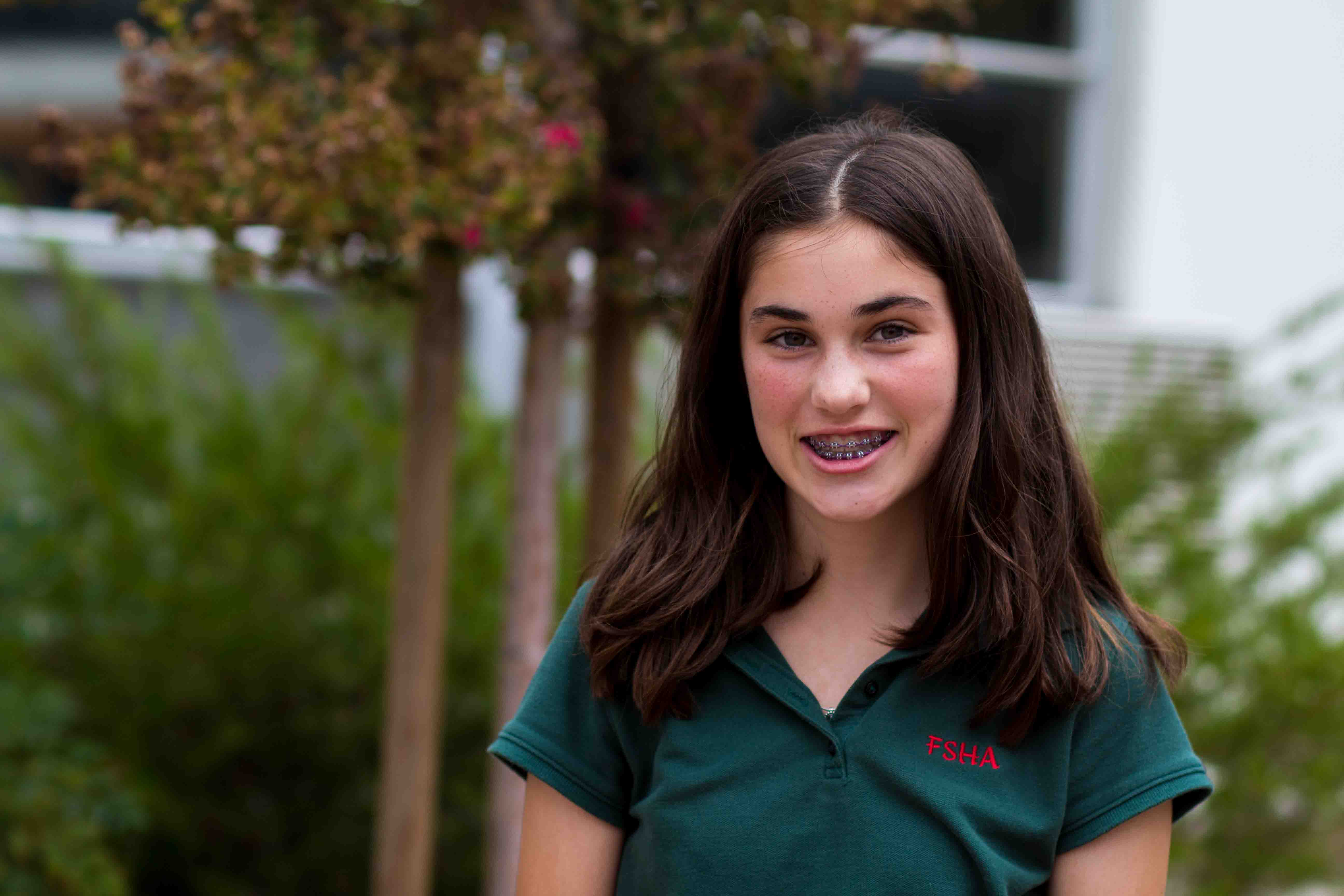 A simple smile was all it took to convince me that I had found my home at Flintridge Sacred Heart Academy for the next four years. As an eighth grader who was looking at high schools to attend, I was intimidated by visiting the schools while classes were still in session. I thought that the upperclassmen would judge me; I felt as if I were a small fish in a big pond. As I was walking around the school during my 8th Grade Shadow Day, I hoped that no one would notice me. I soon realized that I was the only student on campus who was not wearing the blue and pink uniform skirt, so I stuck out like a sore thumb.

My tour guide was courteous, genuine, welcoming and the overall quintessence of a F.I.T. (faith, integrity and truth) woman. My tour guide asked me if I had any questions, and because I was scared of being judged for asking a “dumb” question, I replied that I had forgotten my question, even though I had about a million questions about the school. About halfway through the tour, I had to use the restroom. My tour guide told me where the restroom was; of course, I forgot her directions a second after she told me because I was too focused on not drawing attention to myself. As I stood in the middle of the hallway, utterly confused and embarrassed, I tried my best to remember my tour guide’s directions. Luckily, a kind student asked me if I was lost, and I nodded my head, completely aware that I had broken my resolution to not draw attention to myself. 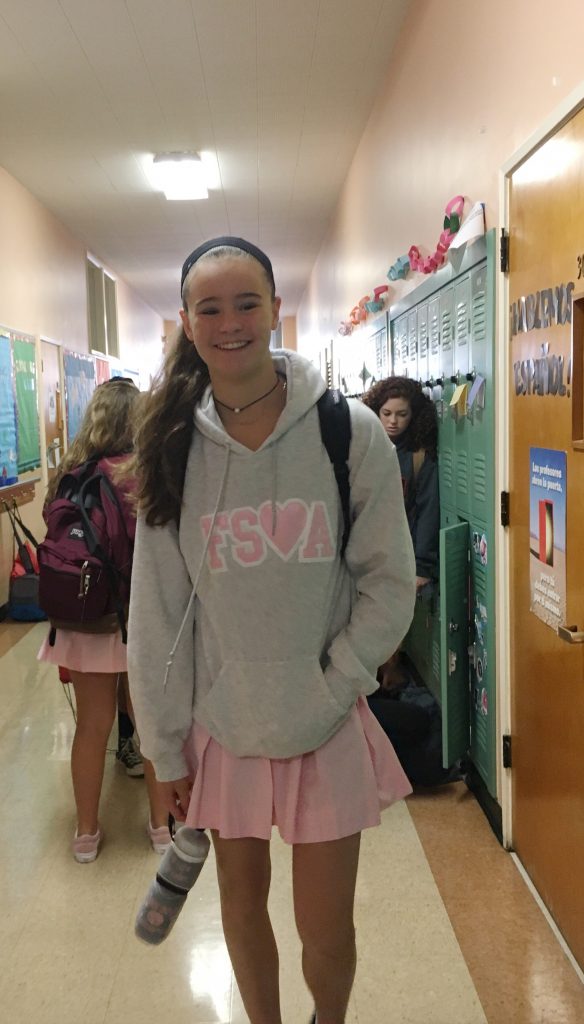 She smiled at me and took me to the nearest bathroom. Along the way, she told me that she remembered when she went on her shadow day. She talked about how nervous she had been while touring high schools, and I was instantly relieved that I was not the only who felt this way. She asked about how I was doing at my elementary school, and she truly made an effort to connect with me. She made me feel so special and important! The kindness she showed resonated with me. A smile, the most natural thing in the world, made such a difference in my life. This girl took the time to help me although she probably would have much rather gotten a snack from the delicious Tolog Café during her break instead of helping me find my way around the school.

During the two months I have been at FSHA, I have realized how empowering it is to be in a community where everyone supports one another. I am truly blessed to attend a school where I feel grateful every day for the happiness I share with my classmates, who I now call my sisters.

As I looked around at the bustle of girls rushing to their classes during the tour, I noticed that they all had smiles on their faces. They were laughing, talking with their friends, and saying hello to fellow FSHA students. This was the moment that I realized I wanted to attend this school. I wanted to be in an environment where everyone is genuinely happy, and I realized that FSHA is just the place for this.

I realized that girls at FSHA do not try to blend in, as I had previously tried to do at my 8th Grade Shadow Day, but they stand out and are not afraid to be out of the norm. Girls at FSHA extol those who are out of the box and are true to who they are. FSHA students are not afraid of asking questions or being out of the ordinary. During the two months I have been at FSHA, I have realized how empowering it is to be in a community where everyone supports one another. I am truly blessed to attend a school where I feel grateful every day for the happiness I share with my classmates, who I now call my sisters.