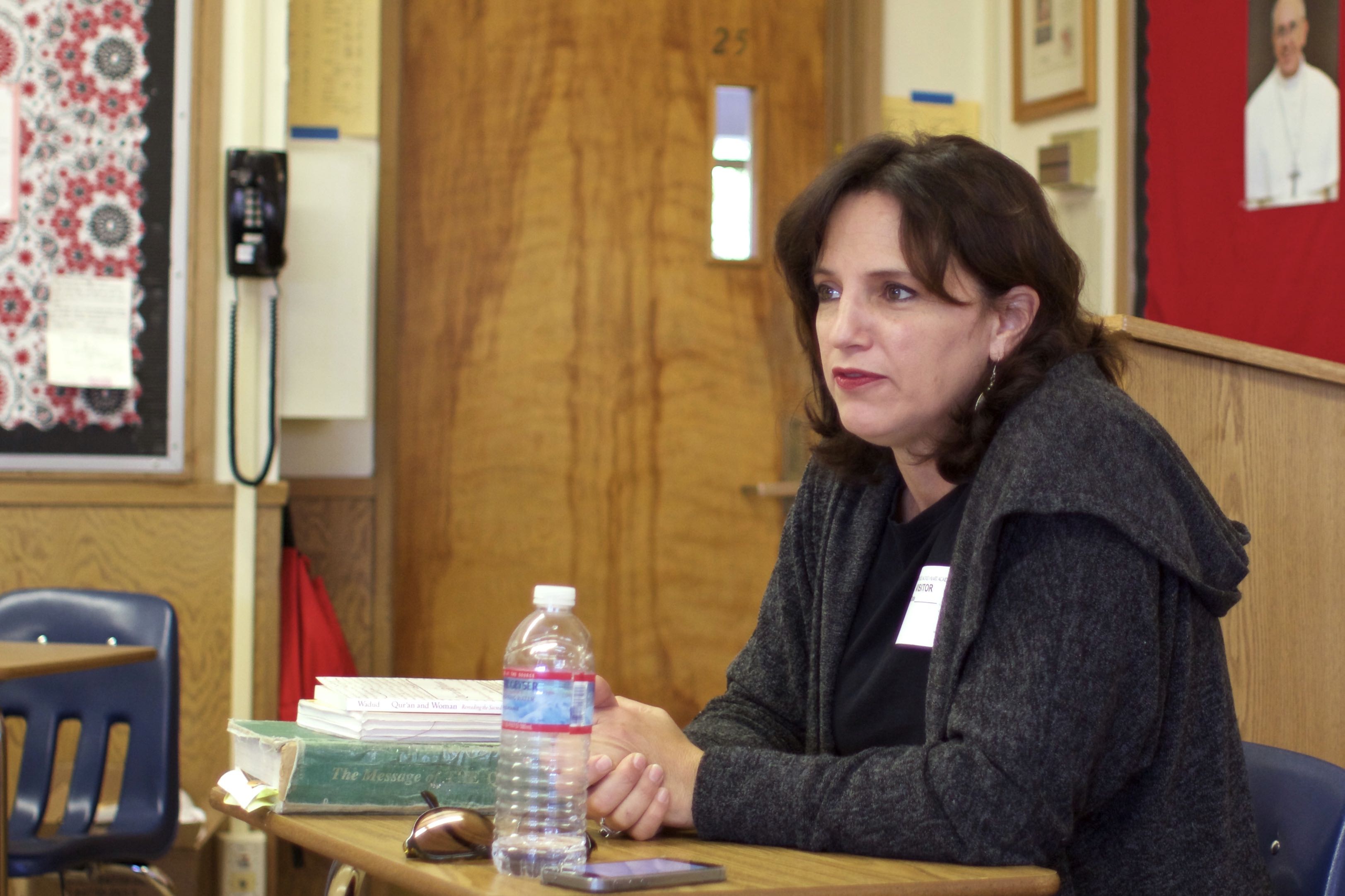 Noun. The religious faith of Muslims, based on worlds and the religious system founded by the Prophet Muhammad and taught by the Qur’an; the basic principle of which is absolute submission to a unique and personal god, Allah.

The definition of Islam today is completely different then what is actually known, as people associate the religion with the Syrian Civil War or terrorists groups like Al Qaeda and ISIS. If I were to walk on the street and ask anyone what does it mean to be Muslim, many would not respond in a positive way. All the horrors and terrorists attacks in our country and the world have tainted the perspective of the religion. Many people, today, have forgotten what it means to be a Muslim.

In early November, the senior religion classes had Mrs. Laila Al-Marayati come for the day and talk about her story and what it means to be a Muslim woman. Ms. Al-Marayati is a Palestinian-American doctor and an Islamic activist. She was also the former presidential appointee to the U.S. Commission on International Religious Freedom, where she served for two years after being appointed by President Bill Clinton. Mrs. Al-Marayati began the class talking about her life, growing up as a Middle Eastern-American. Many of the descriptions and stories she described about her family, her feelings and her struggle were very similar to mine.

Mrs. Al-Marayati’s talk struck me on a spiritual and personal level. I related to her story in every single way possible, as I am currently experiencing the same struggles that she once had so many years ago. My father immigrated to the United States when he was 15 after being brutally discriminated against for being a Syrian in Kuwait. He began to lose faith in his religion while growing up in the Middle East as he faced a horrible and daunting childhood, eventually developing negative connotations towards his faith. He came to this country in hopes of freedom and eventually began to despise his culture and the people.

When he married my mother, a white American, he decided to separate his culture from my sister and me. We never fully understood why we were considered Middle Eastern since we are not aware of the culture. My father also decided to hide any traces of Muslim values from my sister and me, never wanting us to be exposed to this religion. I was isolated from my father’s faith and culture, not fully understanding who I was. I was forced to forget my culture and faith as I only identified with being American. When I would visit my father’s side, I was introduced to another world, full of Arabic language, food and culture. I was also first introduced to the idea of what it means to be Muslim. I still ignored the aspect of my father’s culture because that is what he taught me. As I grew older I became more curious as to who I really was and wanted to fully explore my roots. I wanted to travel to my father’s past and see where he grew up, where my family’s hometown was, etc. For the first time in my life I wanted to embrace the fact I was Syrian, and my father resented that.

[Mrs. Al-Marayati’s] story and her values will continue with me as I make this journey, and I hope I am able to embrace who I am without any doubts or regrets.

Mrs. Al-Marayati’s talk reminded me of all the confused and mixed up feelings I had when I was little as she described her experience growing up as a child. She instead decided to learn more about her father’s religion and eventually embraced those values. Mrs. Al-Marayati provided me with courage to continue my search for my culture and my family’s values. When I thought about giving up, she reminded me to continue forward. I want to learn the language, the religion and culture that my family is so accustomed to. Instead of ignoring who I am, I want to embrace it, even if it is going against everything I was taught. I have been constantly living a lie of who I was because of my father’s resentment towards his culture and his religion. I want to educate myself about where I come from. If I were to speak to Mrs. Al-Marayati I would want to thank her for providing me with hope again to continue trying. She provided me courage to continue forward and embrace who I am, instead of running away. Her story and her values will continue with me as I make this journey, and I hope I am able to embrace who I am without any doubts or regrets.